For less than six months, I've been a retailer of Country Chic Paint, a paint similar to Annie Sloan Chalk Paint.  It's been a gargantuan effort on my part to promote and move the brand and also use it and educate myself, for my customers.  Unfortunately, Country Chic Paint changed the game, again, and already wary of them, I had to walk away.  So, I'm sharing my experience for other retailers and consumers of their product...I'm not going to tell you yea or nea, just an honest account of what I went through and you can make up your mind (because I sincerely wish someone had done this for me.) 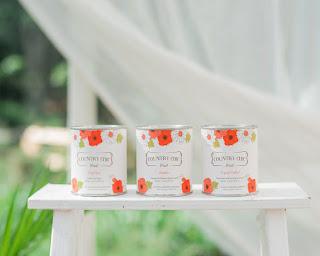 Near Christmas last year, I found a couple blogs raving about this new chalk paint...and honestly, look at the cans - it's packaged so smartly.  I called and immediately ordered (and paid for) a retail tester kit.  As I was heavily pregnant with my twins, it took me a few weeks, but I painted their nursery armoire in Pebble Beach that I received in the kit.  It performed well (not one coat, but two with no problem), I used the white wax - it was harder than I was used to but adequate and the finish to this day is pretty tough. 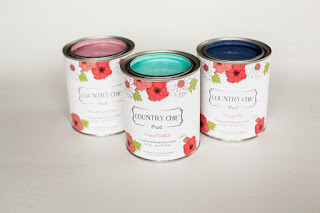 It was a sizable investment as they structure their vendors in three tiers; I committed to the second tier as I was ambitious and wanted to offer competitive discounting with similar brands.  I ordered for product to arrive in mid January; I unboxed and shelved something like 100 cans of paint a week before I delivered my twins.  I was crazy motivated I tell you and the phone was ringing off the hook for chalk paint, any chalk paint. 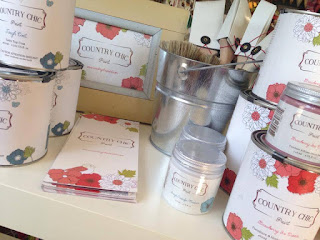 We sold paint nearly everyday for a month; I reordered and we began selling it once or twice a week.  Now its super rare if anyone buys it.  About the same time, one month after my initial order, they discontinue four colors I had stocked at the regular wholesale price.  They must of known they were slated to be discontinued and could of at least told me and passed on a discount.  They also rolled out a new line of finishes and paint colors - I asked twice for pricing and selling information and to this day, I have received (1) new paint card in the mail.  So I was a bit miffed. 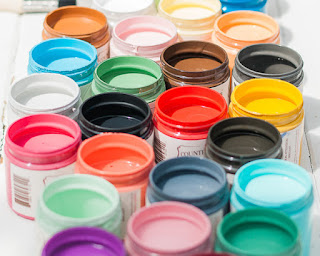 With sales creeping along in store, I turned to my Etsy shop.  So far, it's winning over the brick and mortar...plus I've been able to unload some of the discontinued colors.  This is where our story turns.  Late last week an email drops in my box with no explanation - new retailer terms.  I remember reading Annie Sloan's terms a couple years ago and this was pages longer and more limiting...at least with Annie Sloan...you get Annie Sloan.  Bottom line, you can't discount under 15%, territorial commitments are staggering, and you can't sell on Etsy (the only place this is moving).  I voiced my issues; they responded that they were real sorry and immediately dropped me from the store finder on the website.  Buh bye.

So moving on...I'm already bringing in a wax I used before CCP and it out performs them at half the price.  I'm vetting a few paint vendors, of course, all my money is tied up in this product...but I'm only entertaining vendors than actually see the value in my business and experience.  Most of these companies, including Country Chic Paint, haven't even been in business as long as me - I think I'm due a little respect and perhaps a thank you.  We are also looking into producing our own line of paint - this actually makes me the most excited.

So retailers, here's what you need to know if you're considering carrying Country Chic Paint:
So, what if you're a consumer and you are considering buying this product.  It's not bad - I swear!  I've used it a lot and now I'm using it daily to just get rid of it.  There are somethings you should be aware of and I going to share my most recent project as I think it captures this perfectly.

I chose to paint my front door and give it a little pop from the street.  Here's Luscious Lime - it's pretty obnoxious but looks nice toned down with the antiquing wax.  The door had been sanded and cleaned - I always prep even tho the can says you do not have to...I think it makes all the difference.  This product markets itself as a one coat product and it definitely is not (neither is Annie Sloan).  Unless you like a heavily distressed look, you are going to be painting a couple times (that's just how paint is).  I've noticed something about Country Chic Paint; coverage depends on the base they use - there are three, white, neutral and deep tone.  The sample they first sent me, the one I based this huge investment on was Pebble Beach using their white base; but most of the line is in the medium base.  Luscious Lime is made with this base and it took three coats to get a good even application...honestly, I could of gone with another but antiquing wax hides a multitude of sins. 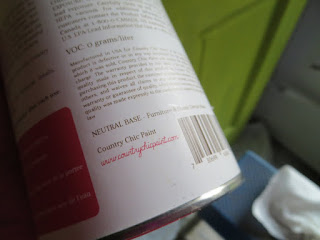 The other issue I'm encountering is peeling.  Something I did not see with my first foray in December - January with the low humidity.  Unfortunately, it's always humid this far South...I waited awhile and when I applied the wax with the Country Chic wax brush -- the paint came right off!  I used a soft rag after that but the finish still seems quite delicate and we'll probably use a harder commercial finish after it ages a little more. 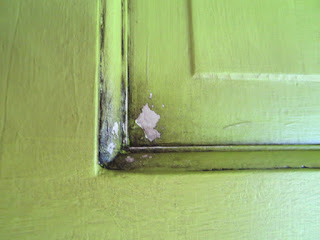 Bottom line, if you plan to use the paint - order enough for multiple coats.  Plan your time accordingly for multiple coats.  Pick a time that humidity is low (if you can).  Give your project a longer drying time than recommended before waxing.  I'm no fan of the waxes from CCP, so choose one that works for you.

If you've used Country Chic Paint and/or are a vendor, I would love some feedback - positive or negative.  Also, if you have your own favorite brand of Chalk type Paint - I am all ears...

Posted by Nest Interiors at 4:09 PM