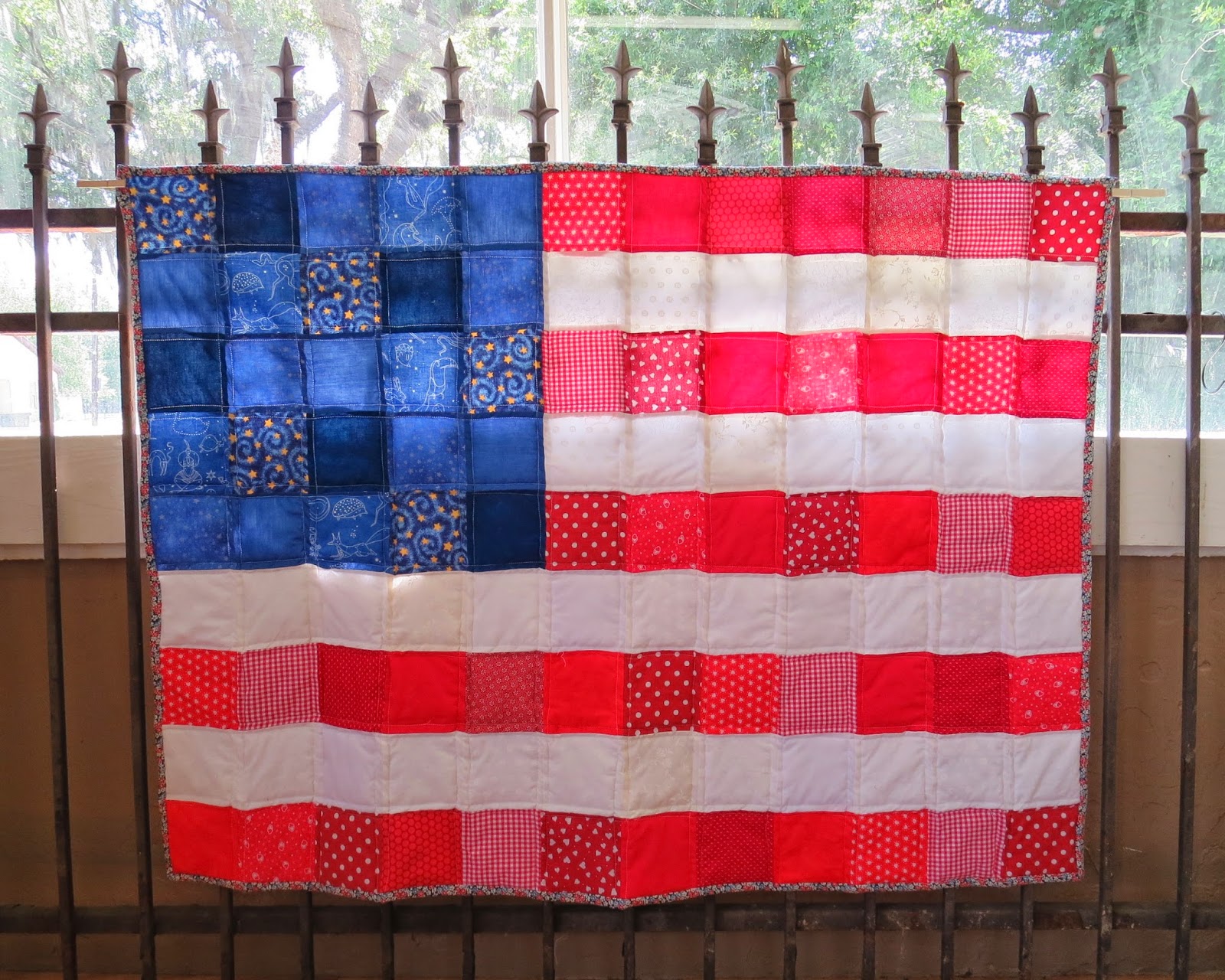 The American flag quilt that I've had on my to-do list for at least two years, is now a reality!  In fact, it's my very first quilt.  I've sewn a few blocks but never anything large scale - also a first was binding by hand, it's actually quite relaxing! 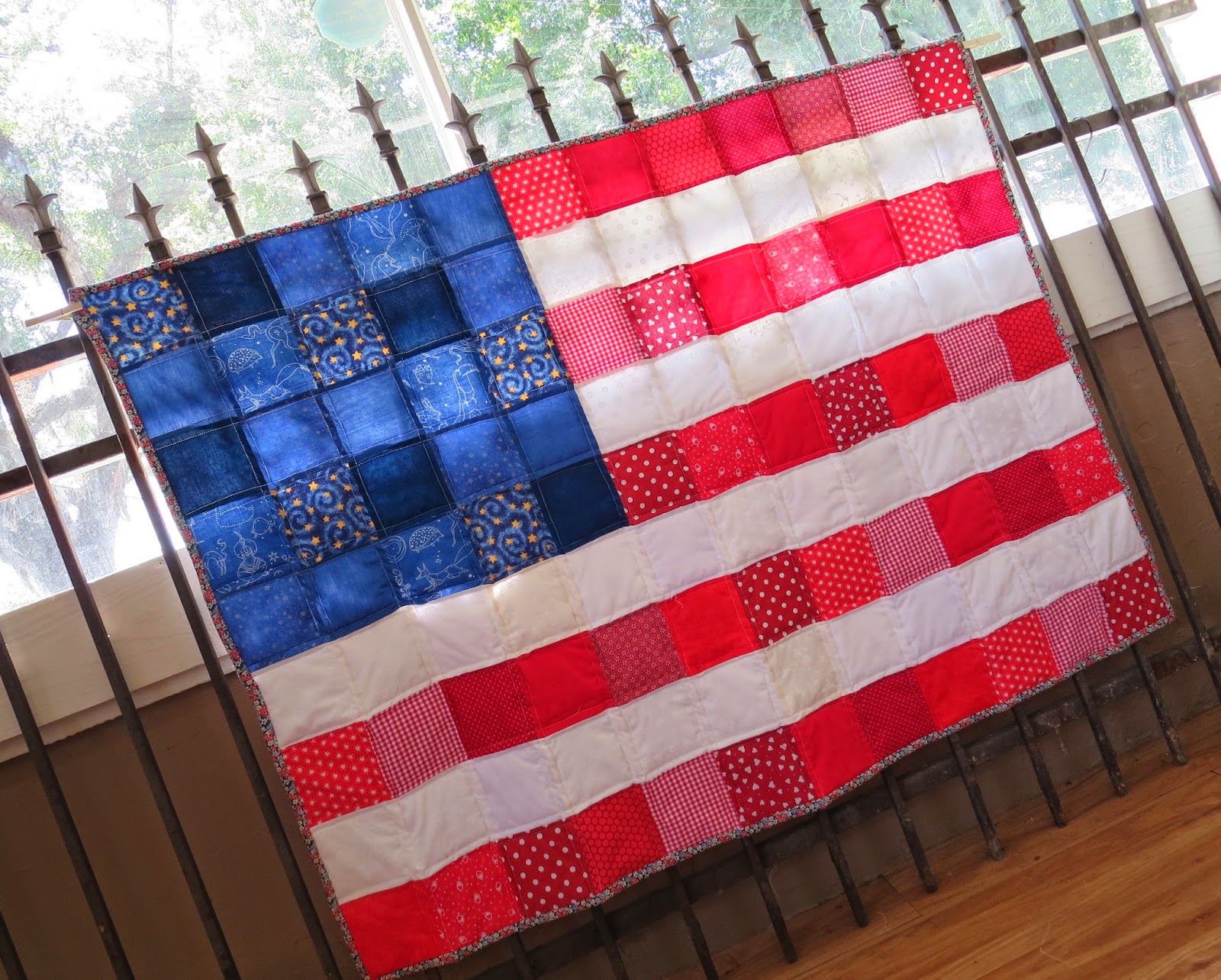 The idea came from Amy of Diary of Quilter; I thought a basic patchwork quilt would be the easiest to tackle.  I actually, before this project, assumed quilting would be fairly easy.  It is not...that's why quilts are so expensive.  I had some sewing machine issues, one which has now passed on as part of this project...RIP old Singer friend.  And then my general lack of knowledge what a huge hurdle...but doing is learning. 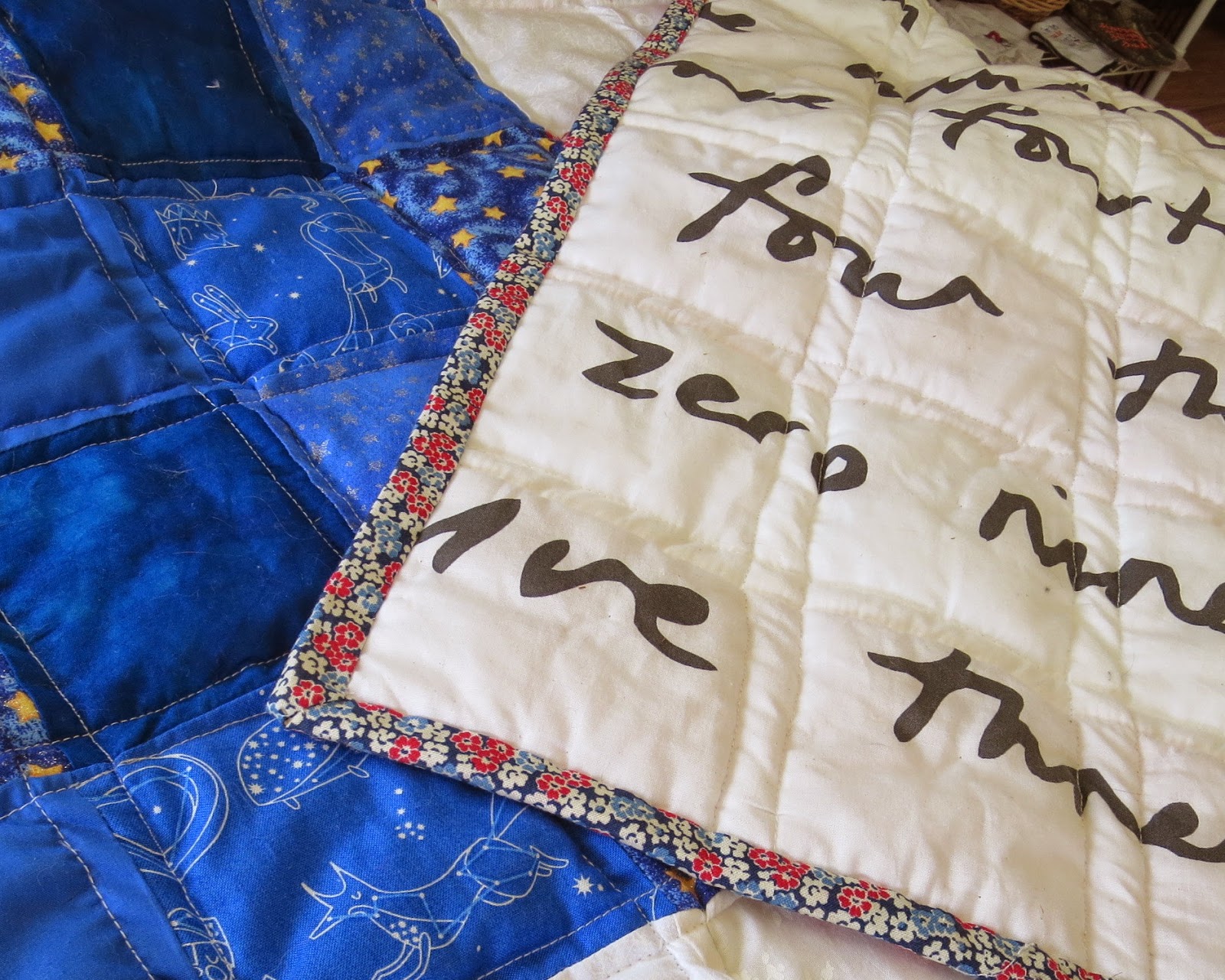 So, far from perfect by a long shot, but I'm proud nonetheless.  Making this really made think of my dad.  Late in life he really got into quilting; he would make patchwork quilt tops similar to this flag and a few older ladies would quilt them up for him.  Everyone in the family received at least one of these quilts, I cherish mine.  He also bought me my first sewing machine...the one that unfortunately bit the dust this week.  It had been problematic already and I had so many work arounds...I just could not let it go.  This though, was like my dad telling me it was ok to let it go and my skills are ready to move up to a new machine!  Anyway, he would of been ecstatic over this quilt errors and all! 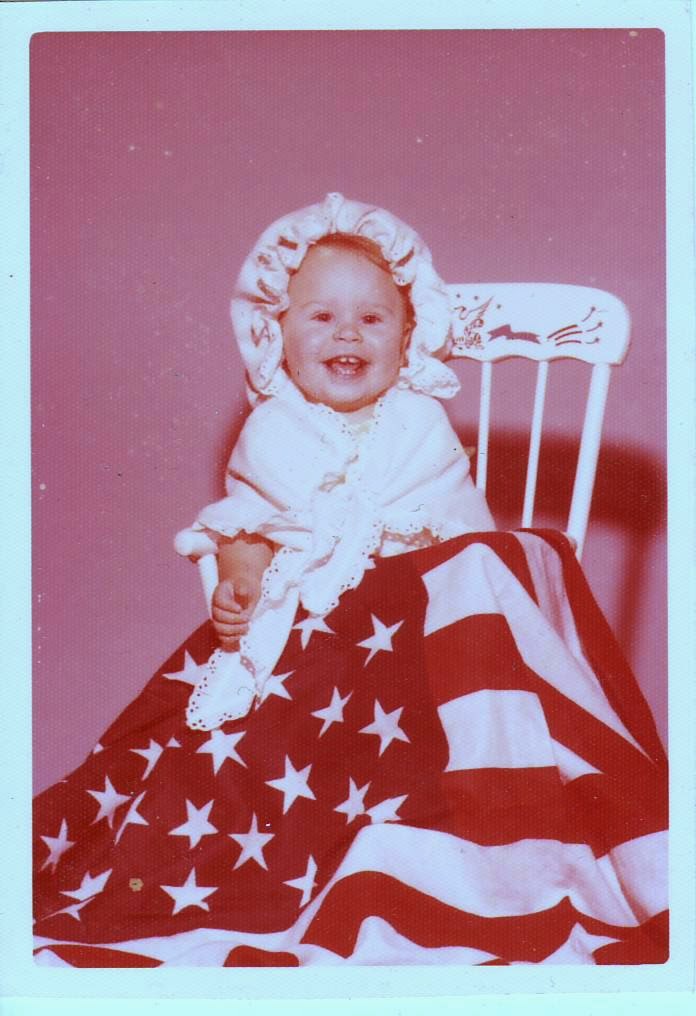 And hey, maybe I was born to sew...goodness knows I certainly look like a natural here!  Happy Fourth of July!