Goodness, I don't like this week!  C and I are taking off on a day-trip tomorrow and just in time.  I still have this ratty cold but oh my, the customers have been misbehaving this week. 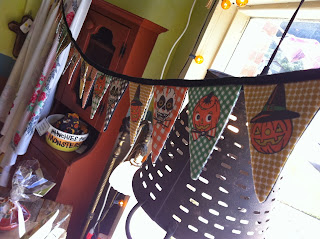 Early this week, gosh, the prettiest lady game in - long thick brunette hair, dressed in skinny jeans (and actually was skinny), cool leather boots, a trendy peasant top and probably a $300 leather tote.  Unfortunately, she opened her mouth and despite her efforts and expense regarding her appearance, I discovered she was a pretty ugly person.

Today, one of my oldest customers that I just adore came in for a couple goodies and while we were chatting she had to offer up..."I don't have a problem with gay people but..."  Spoiler alert, she does have a problem with gay people.  But the awkward part really was that she was talking to one.  Maybe I should of made it a teachable moment but I knew it would most likely end a relationship that has supported my business for a number of years.  I think I'll probably just donate her sale to the Trevor project and hope she comes to terms with something she finds uncomfortable (even tho she apparently can't identify it). 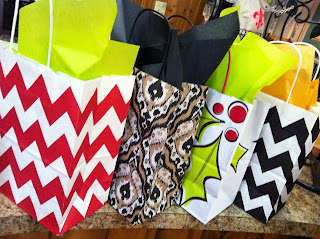 I guess the difficulty is when you open a store - 2 versions will exist: the store you want and the store that you actually have.  You'll spend all your days trying to marry the two but because we deal with an outside force - customers - that you'll need to please.  Your ideal may never be truly actualized.  Right now I think I'm having a little trouble letting go of the store that exists in my head rather than the one I exist in day to day.

Posted by Nest Interiors at 4:30 PM