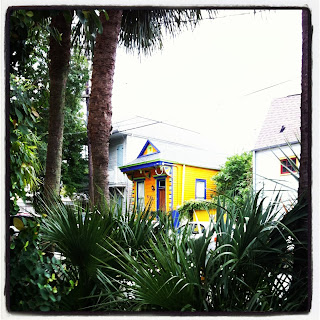 Sunday, through the intermittent rain showers that you just expect this time of year in Louisiana, we made our way across I-55 over the swamp to New Orleans.  A week earlier, C had seen the obituary of an old friend on the side bar of NOLA.com.  It had been years since we saw Alan; I actually had only met him once at the bar he worked.  We had just started dating back in 2003 and it was a fun evening - dinner at La Crepe Nanou and then drinks at Feelings.  I remember distinctly, I wanted a chocolate martini and Alan had never made one...but he made it for me that night. 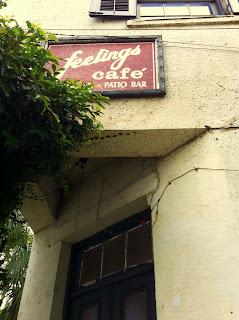 A couple years ago, we found ourselves down in the Faubourg Marigny once again, this time for a concert at NOCCA.  It was our anniversary and decided to visit Feelings once again and catch up with Alan.  We knew something was wrong when we asked for him and they sent the owner.  With very little detail, we gathered he was sick and had been sick for some time.  C got a phone number but despite trying to find him for years, we never did. 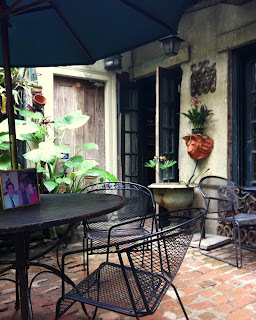 I know the anniversary of Katrina is in just a couple days and it hasn't been quite 10 years yet ; amazingly, though it feels like this time stamp on New Orleans still has its pull on its people.  Sunday was a remembrance of Alan at Feelings.  We finally gathered up the details of his last years through his good friends and brother and like most people there, he just never quite recovered from "the flood".  He was ill before, but afterward it seemed like a downward spiral that ultimately sent him far away from his adopted home of New Orleans. 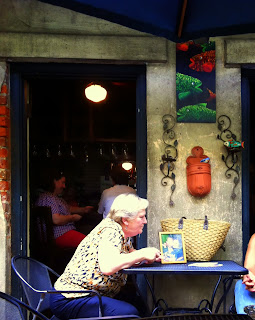 But true to its people and their love for one another; it was a beautiful and fitting remembrance of a life well lived.  It was even noted that it was during a Saints game and the place was still packed!  I hate death, I typically go out of my way to avoid any type of funeral or memorial especially since going toe to toe with it in 2011 with cancer. New Orleans and its people though, have away of making you feel like no one is ever really gone; ghosts are most welcomed.  Most moments were filled with laughter, a recall of funny stories, even a poll of who had seen him naked - it was a better part of the entire courtyard and adjacent bar! 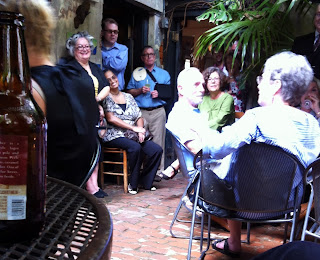 Leaving, we wondered what it would of been like to have stayed after the storm.  How would our lives be different?  What would we be doing?  It was debatable if things would be better or worse.  New Orleans is still an incredibly beautiful place with a rich culture and people who are just the most perfectly imperfect souls on the earth.  There is an awful nick-name "The City That Care Forgot" and unfortunately, it's true.  Long term, another storm is possible but the daily pervasive poverty, mental illness, and crime that plague the city are cracks in an already shaky foundation. 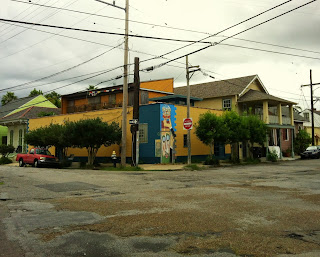 I happened to find on HULU Sunday night, the locally made documentary, The Big UnEasy.  It's fantastic and gives a very good primer on why New Orleans fell during Katrina and why it can not truly get back up - most importantly tho, it makes a good argument of why we shouldn't give up on this special place and its people.  One of those, one of New Orleans most colorful residents and best bartenders is remembered here if you needed just one more reason to love New Orleans.